Hunts are unique minibosses part of quests from the Hunt Master. Each of them can only be fought once per world; if the quest item they drop is lost, the player will not be able to receive the reward and the hunt master will move onto the next quest. Hunts will only spawn in their respective zones when the quest is active. The quest is activated when the red text, (Hunt Name) The Hunt Begins! appears in chat. If the Hunt Master gives the dialogue for the quest but the announcement does not appear, it may already be active. If the world is exited, the quest will deactivate and the player will have to accept it again.

All hunts appear on the mini map when they spawn. Hunts do not despawn unless the world is exited, but they will rapidly regenerate life when there are no players nearby.

All Hunts have a 1% chance to drop the Stone of Evil in Expert Mode. 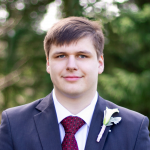