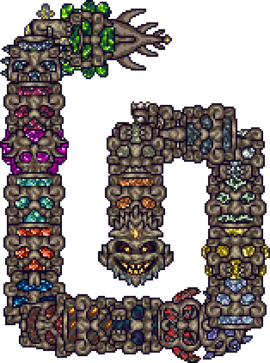 
Greed is a post-Plantera tier Ancient boss that is fought in Caverns.

Greed does not spawn on his own and the player must use the Golden Grub on his altar in Cavern of the Worm King or open 3 of the chests located there.

When summoned before defeating him[] 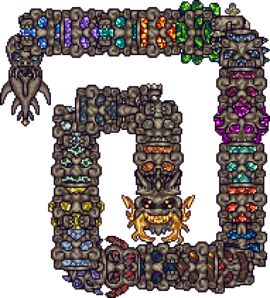 "YOU TRY TO STEAL MY SHINIES AND NOW...! I WILL STEAL YOUR LIFE!"

Once Greed is defeated after defeating Anubis; Forsaken Judge, the player is given a short moment of quiet before a glowing yellow portal appears. After some dialogue from Greed himself, Worm King Greed will appear. This is an empowered version of Greed, and is much tougher than his first phase.